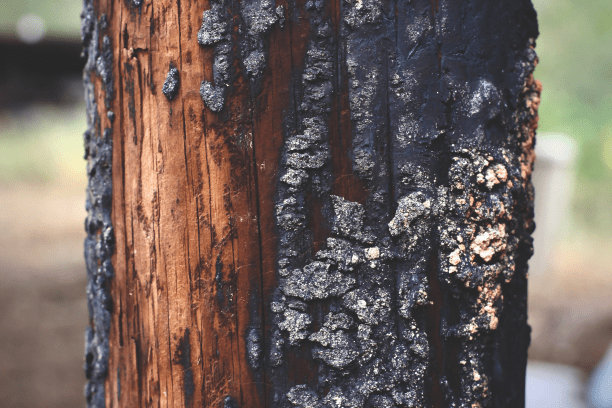 This product received great interest and praised opinions. The paste effectively lightens the enamel. Eliminated plaque caused by tobacco and coffee. It prevented the formation of tartar and cavities. It also provided fresh breath.

This paste, in all its effectiveness, unfortunately contained sodium lauroyl sarcosinate (SLES), which is only allowed on the European Union market in products that are clarified. Toothpaste, even though we rinse it off, does not belong to rinse products. 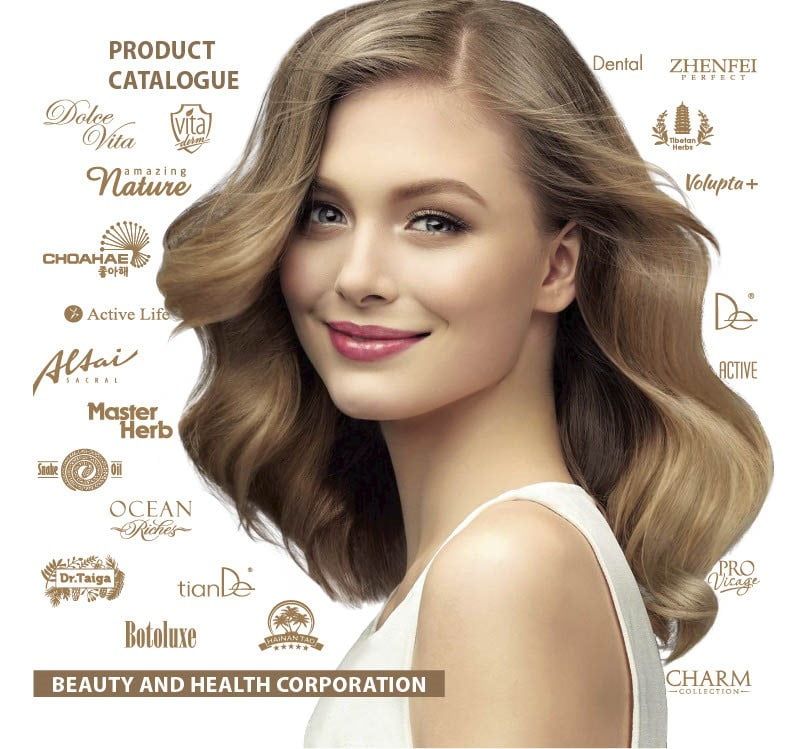 Click here to see the full catalog in English 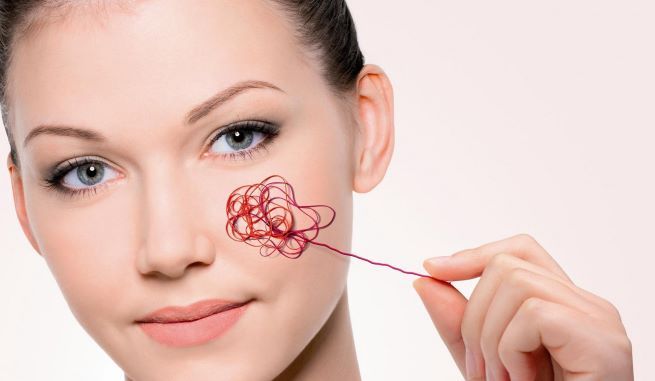 Erythema, dilated capillaries, rosacea: couperose skin can be very annoying. However, if you are well cared for, and in addition we use proper procedures to close the capillaries, you can get rid of unpleasant symptoms for a long time. Good prophylaxis is especially important in winter.

Couperose skin is characterized by inflexible, dilated and superficially placed blood vessels under the skin. It is not only very thin and delicate, but it is also problematic because it reacts violently to external factors: temperature, cosmetics, dry air, spicy food, alcohol and strong emotions. The characteristic of cuperous skin is the appearance of symptoms located mainly in the area of ​​the cheeks, nose, forehead and chin. Usually the red spots or erythema appear first, accompanied by excessive tension, burning, and itching. The skin is also prone to irritation and damage. Sometimes there is a permanent widening or rupture of the blood vessels. They are then visible on the skin in the form of so-called spider veins.

How to take care of leathery skin in summer and winter?

Caring for leathery skin plays an important role in preventing symptoms and irritation. It also allows you to keep your good looks and condition. However, it should be remembered that it is cared for differently in summer than in winter.

Cleaning the cupery skin is done in the morning and in the evening. This process should be very gentle, using warm or cold water, appropriately selected cosmetics, without sponges or harsh brushes. A moisturizing lotion or cream is applied to washed and dry skin. These products can be stored in the refrigerator. People with couperose skin should give up mechanical peels because they irritate the skin.

For leathery skin, you can use cleansing foams and lotions, moisturizing creams and lotions and face masks from the VITADERM series.

How to take care of vascular skin in winter?

In winter, leathery skin can also cause problems and is easily irritated. For this reason, you must protect yourself against harmful factors, mainly low temperature, icy wind and dry air. In late fall and winter you should:

take care of proper humidification of the air in the room;

refrain from sunbathing on the solarium.

How to take care of leathery skin in summer?

In summer, couperose skin is exposed to many external factors. To help prevent your symptoms from getting worse:

take care of the proper hydration of the skin;

consume at least 2 liters of water a day.

The Cupery Skin Diet is based on the general principles of healthy eating. You should eat a lot of fresh vegetables and fruits, as they are a source of vitamins and nutrients that affect the condition of the skin and strengthen the blood vessels. Hot spices, highly processed products, alcohol, strong coffee and tea, as well as energy drinks, need to be eliminated from the diet. 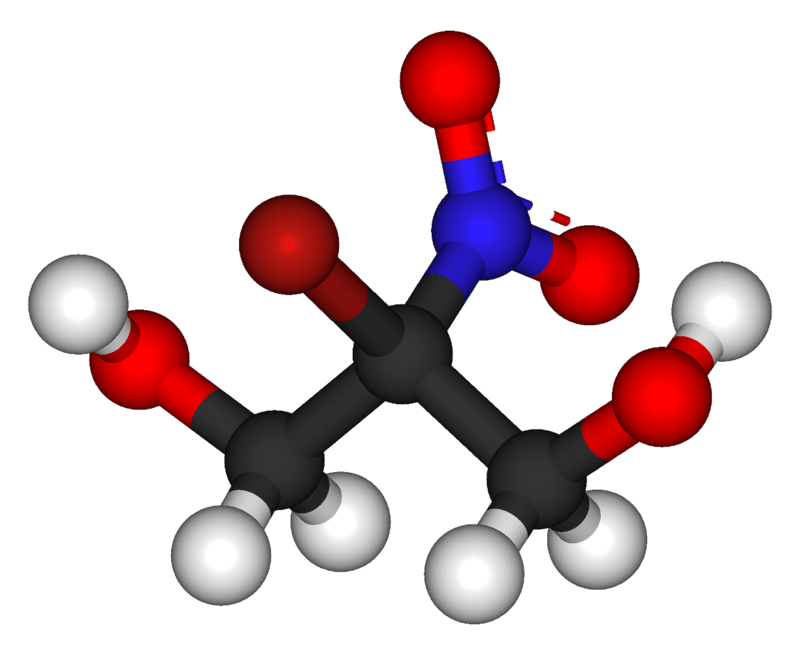 As always, the biggest problem in building the makeup of cosmetics is preservatives simply by nature. They are supposed to kill organisms (microorganisms) and not harm other organisms (humans). Your selection is a compromise between the task and the side effects.

A good example of this commitment is a soap tree-based shampoo (Sapindus Mukrossi) from tianDe . 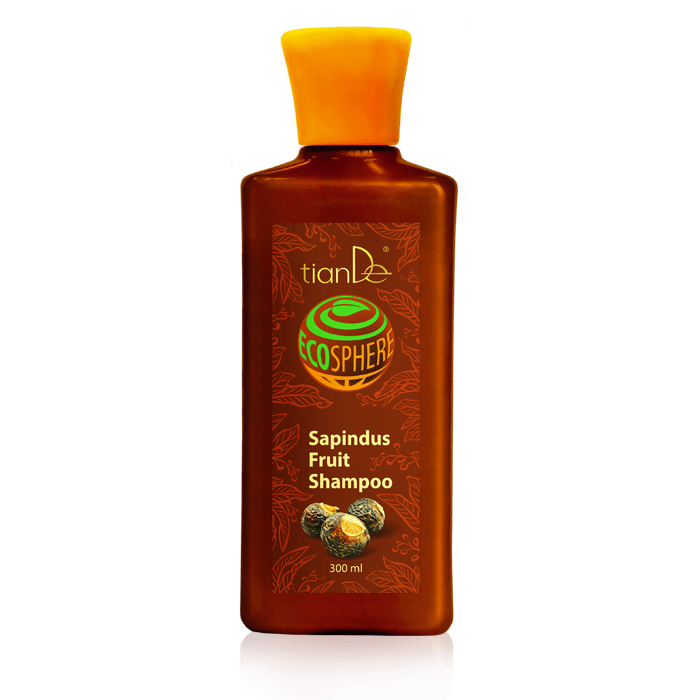 The ambition of the company was to produce a shampoo based entirely on natural ingredients. It has largely been successful.

The product does not contain colorants, artificial foaming agents or wetting agents. As an ecological product, it has been positively valued by bacteria, viruses and fungi as a place of development. Therefore, it was considered necessary to add a preservative. In the old version it was methylisothiazolinone (MI). However, the European Union recommends avoiding this measure.

And here we must commend the company tianDe, which has made the effort to replace methylisothiazolinones.

But how could this be done when almost all preservatives have side effects on the human body?

Therefore, up to three preservatives were used, thanks to which the concentration of each of them is approximately 0,1% in the total mass of the shampoo, thus minimizing the harmful effects of each of them.

In summary, we can honestly recommend using this shampoo as the most effective, environmentally friendly and without side effects. Users praise the effects of plant ingredients, especially in the case of skin problems, including atopic dermatitis (AD). We grant you our seal of quality: 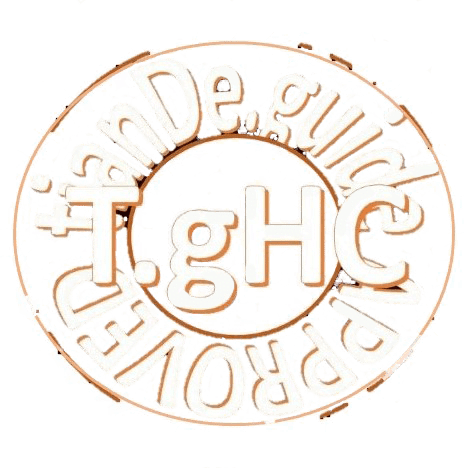 Bronopol is a highly active antimicrobial chemical compound whose chemical formula is 2-bromo-2-nitropropane-1,3-diol. It was invented by The Boots Company PLC, Nottingham, England in the early 1960s and its first applications were as preservatives for drugs. Bronopol's low mammalian toxicity (at use levels) and exceptional activity against bacteria (especially the troublesome Gram-negative species) ensured that it became popular as a preservative in many consumer products such as shampoos and cosmetics.

Pharmaceutical products containing Bronopol are registered in a number of countries and Bronopol is the subject of a specific monograph in the British Pharmacopoeia 1998.

Today, Bronopol is used in consumer products as an effective preservative agent, as well as a wide variety of industrial applications; almost any industrial water system is a potential environment for bacterial growth, leading to silt and corrosion problems. In many of these systems, Bronopol can be a highly effective treatment.

The use of Bronopol in personal care products (cosmetics, toiletries) has declined since the late 1980s due to the recognized potential for nitrosamine formation. The nitrosamine problem. Although quite ubiquitous in our diet and the environment, and even produced within the stomach from various foods, many nitrosamines are known or suspected carcinogens and therefore should be avoided in manufactured goods. Nitrosamines are relatively easy to produce from secondary amines and amides in the presence of nitrite ions (this is why they are formed in-vivo from food).

While Bronopol is not itself a nitrosating agent, under conditions where it decomposes (alkaline solutions and / or elevated temperatures) it can release nitrites and low levels of formaldehyde and these decomposition products can react with any contaminating amine or secondary amide in a personal care product to produce significant levels of nitrosamines (due to the toxicity of these substances, the term "significant" means levels as low as tens of parts per billion).

Manufacturers of personal care products are therefore instructed by regulatory authorities to "avoid nitrosamine formation" which can mean the removal of amines or amides from the formula, either by removing Bronopol from the product, or by using nitrosamine inhibitors.

Phenoxyethanol is an organic compound: a glycol ether with a density of 1,102 g / cm³, its boiling point is 247 ° C and it becomes a liquid between 11 and 13 ° C; its Molar mass is 138,16 g / mol. Often used in dermatology as a product for skin and sun creams. Its texture is similar to oil and it is colorless.

It is a bactericide (generally used in conjunction with quaternary ammonium and instead of sodium acid for biological solutions). Its toxicity is lower and it does not react with copper or lead. It is also used as a fixative for perfumes, as an insecticide and topical antiseptic. It is a solvent for cellulose acetate and some inks and resins. In water it behaves moderately soluble.

It is also used as an ingredient in certain vaccines and is licensed by the US Center for Disease Control. Its effects in case of poisoning in the human body are diarrhea and dizziness, it works as a depressant of the central system. It should not be used in nursing women as it can pass from the skin of the nipple to the baby. In Europe and Japan, its use in cosmetic products is limited (maximum concentration of 1%).

In a study conducted in the United States on 4,737 products, Phenoxyethanol was present in 23.9% of them. And in Spain, in another study it was found that 43.09% of cosmetics sold in pharmacies also had this ingredient.

Restriction in Europe: The maximum concentration allowed in ready-to-use cosmetic preparations is 0,1% to avoid the formation of nitrosamines.

REGULATIONS: Europe, in conjunction with the European Society for Contact Dermatitis (ESCD), recommends that the use of MIT in non-rinse skin products be discontinued.

Restriction in Europe: The maximum concentration allowed in a ready-to-use preparation is 1%.

In 2010, the European Union Scientific Committee on Consumer Safety stated that it considered the use of butylparaben and propylparaben as preservatives in finished cosmetic products to be safe for the consumer, provided that the sum of their individual concentrations did not exceed 0,19, XNUMX%. 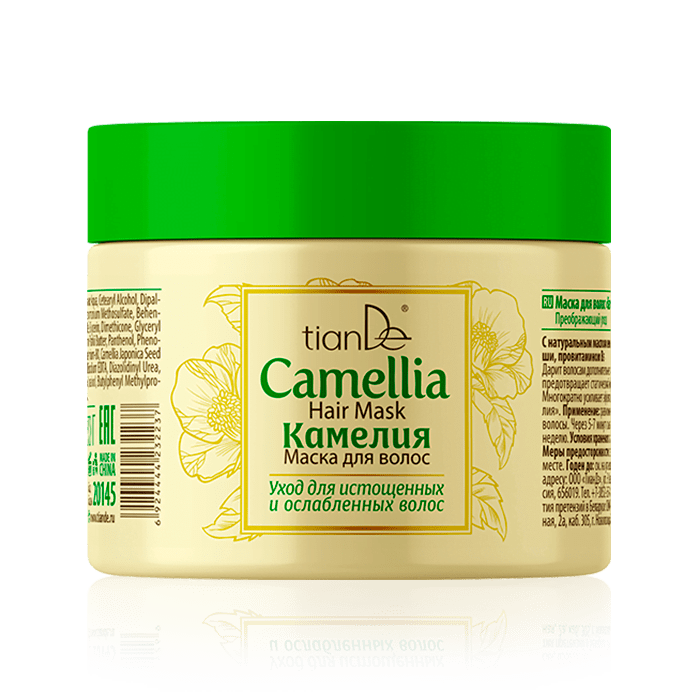 Dip your head into a blooming Japanese garden!

Enjoy the wonderful fragrance, enveloping texture, and amazing effect of Camellia Hair Mask. This is the third product in the delicious haircare line with precious exotic ingredients from the Land of the Rising Sun. Enriched with Japanese Camellia Seed Oil, Shea Butter Tree Oil and Provitamin B5, the mask provides additional care for weakened, damaged and depleted hair. It will give you additional nutrition, facilitate styling, provide elasticity and avoid a static effect.

APPLICATION: Apply evenly to clean, damp hair. Rinse with water within 5-7 minutes. Use it 1-2 times a week. 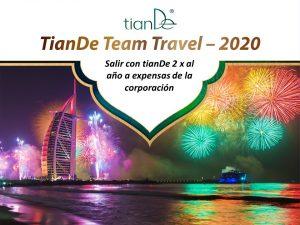